2019 Goes Out With an Economic Bang 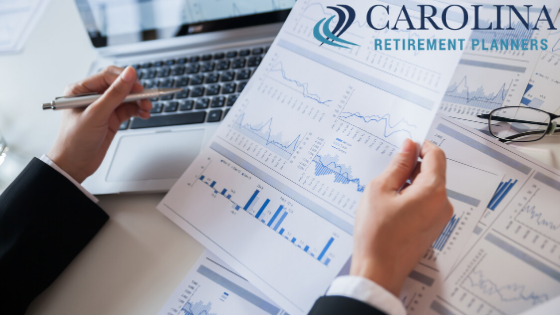 After a strong Q3, momentum continued throughout Q4 as we repeatedly hit new highs to close out the year. Q4 market drivers were the same we’ve seen all year; namely the China trade talks, the Federal Reservice, and political turmoil in Washington.

The U.S. and China returned to the negotiating table this quarter, eventually reaching a Phase 1 agreement that suspended additional tariffs scheduled to take effect in mid-December but leaving existing tariffs in place. While China agreed to buy more agricultural products from the U.S., the most difficult discussions remain, including those related to forced technology transfers, intellectual property theft, currency manipulation, government subsidies to Chinese businesses, etc. It remains to be seen whether we reach consensus beyond Phase 1, but the markets loved the progress made in Q4 trade talks.

These factors combined to push the markets higher toward the yearend. The S&P was up nearly 30% for the year, while the Nasdaq crossed above 9,000 for the first time. Do you remember how long it took for the Nasdaq to hit 5,000? After topping 5,000 briefly in March 2000, it took nearly 15 years to hit it again after the tech bubble burst. Now we are on the verge of doubling it – in only five years. The Dow returned about 22%, dragged down a bit by Boeing and its issues surrounding the 737 MAX.

After lowering interest rates three times in 2019, the Fed signaled that it would take a step back and continue to monitor conditions as we move into 2020. The November jobs number was tremendous and dispelled any notions that our economy is in trouble. The 10-year U.S. Treasury returned to just under 2%, and yield curve chatter disappeared as it became abundantly clear that our economy is sound. Growth slowed somewhat in Q4, but we remained solid and nowhere near a recession.

Roaring Into the ‘20s With Political Drama

Overseas, U.K. Prime Minister Boris Johnson won a decisive run-off election in mid-December. His victory ensures that Brexit will happen, although it may not be finalized by the Jan. 31 deadline. Protests and riots continue in areas such as Hong Kong and Iran, while North Korea promised a “Christmas surprise” that never materialized. Worldwide, most economies appear stable, but the U.S. continues to lead in terms of strength and growth.

Domestic politics also took a wild ride in Q4. The House of Representatives issued and voted “aye” on two articles of impeachment in mid-December, but as of Jan. 2 had not transmitted those articles to the Senate for a trial of President Donald J. Trump. The public seemed to view the proceedings with skepticism and disinterest, paying little attention to the goings-on in Washington. Both home and abroad, U.S. markets seemed to take geopolitical turmoil in stride, continuing its upward march as we closed out Q4.

In all, we had a strong Q4 and an impressive 2019 in the markets. What does 2020 have in store? Domestically, drama in Washington will continue as impeachment conversations continue and presidential election campaigns heat up. However, given investors’ blasé attitude towards our elected officials’ recent decisions, it doesn’t appear that markets are too concerned about what happens in our political home arena. I’d say U.S. equities are still a good play if they fit your investment plan, especially as our economic data remains strong in the first of the year.

I am somewhat less convinced about potential opportunities in international investments right now. Global economies are not completely healthy – but they are not declining, either. It is difficult to justify allocating assets away from the U.S. when juxtaposing our economy with the rest of the world.

While we experienced plenty of twists and turns throughout 2019, the year proved out how important it is to stay invested for the long run. After a tumultuous end to 2018, it was tempting to walk away. However, if you stayed disciplined and focused, you were rewarded in 2019.