Recession or no recession: Is that the question? 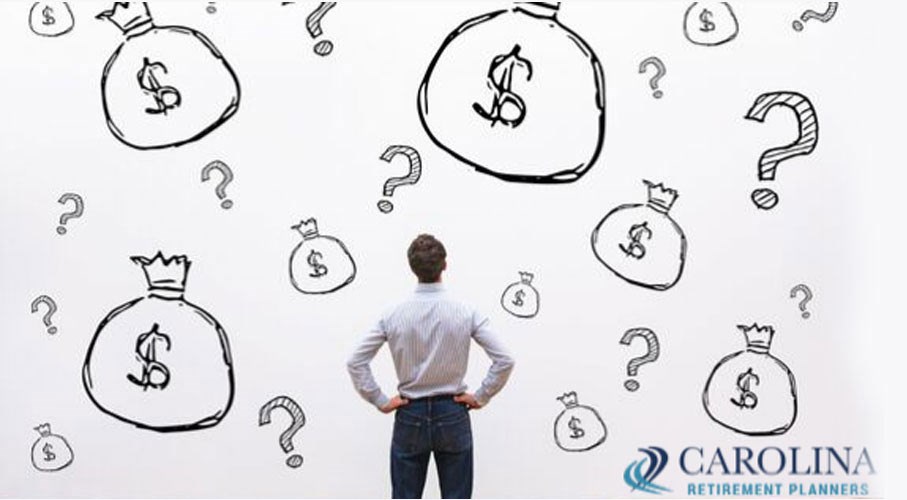 In November 2007, Ben Bernanke, the Federal Reserve Chairman at the time, publicly announced inflation was likely to start inching up and economic growth may weaken but remain positive. The consensus of the Federal Open Market Committee (FOMC) was that the U.S. economy was not headed for recession.

One month later, the worst economic decline since the Great Depression commenced.

To say it’s difficult to predict the timing of a recession is an understatement. A recession can be triggered by any number of different factors, even manmade ones. For example, President Richard Nixon is credited with causing the recession in 1973 by calling for a price and wage freeze two years earlier in order to stifle inflation. The events that followed led to high unemployment and, eventually, a recession.

Many times economists cannot predict the catalyst, but they do recognize the signals of a pending recession. These frequently involve slowed gross domestic product (GDP) growth, rising inflation and a drop in consumer and investor confidence.

Technically, economists define a recession as a prolonged period of economic decline, often precipitated by two consecutive quarters of negative GDP growth.3 According to the St. Louis Federal Reserve, the U.S. has experienced seven recessions since 1967.

The accompanying table shows economic factors leading up to each event, illustrating the lack of consistent patterns that make it difficult to predict a recession. The economic conditions of this year are also included at the bottom for comparison’s sake. 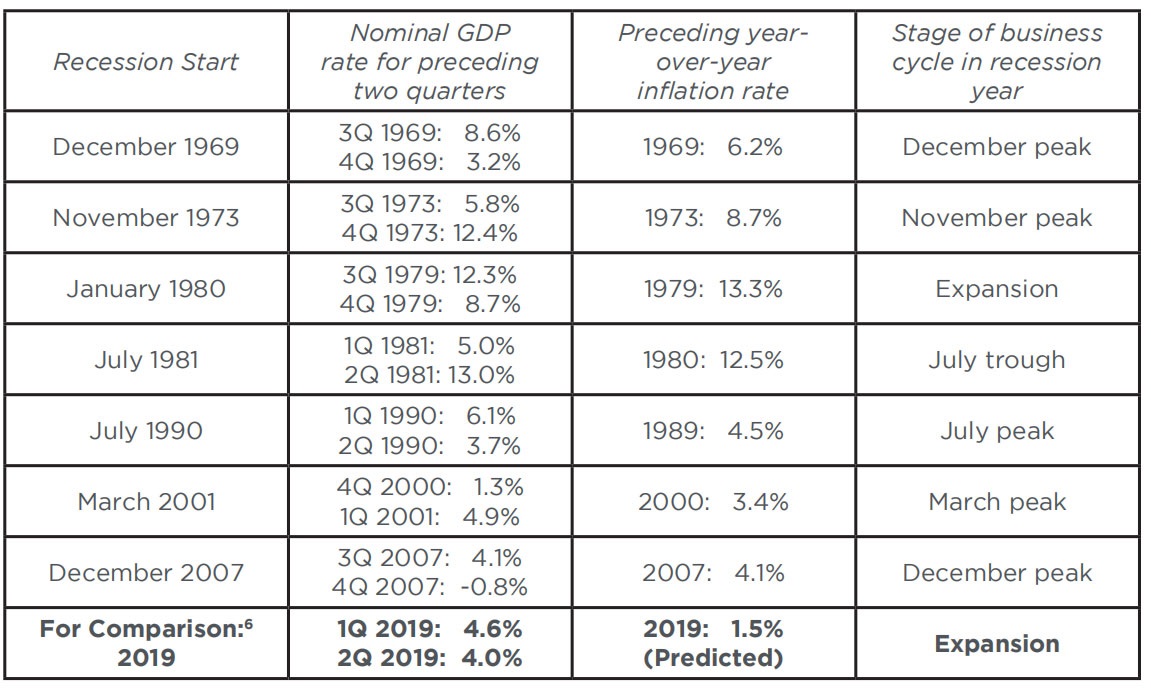 One of the tactics the Fed can use to help stimulate the economy is altering interest rates to make capital cheaper (or more expensive) to borrow, based on the most recent data. In mid-September, the FOMC reduced the federal funds target interest rate to a range of 1.75% to 2%.

Despite robust employment and a low inflation rate, the Fed’s recent cut is in response to other factors it views as a drag on economic growth, namely the impact of rising tariffs on the manufacturing sector and slowed growth in overseas markets. Fed Chairman Jerome Powell noted in recent comments that ongoing questions about trade policies have made some companies more reluctant to invest in further expansion.

Unfortunately, one of the legitimate concerns with the Fed continuing to cut interest rates during a robust economic environment is that the agency would have few options left to stimulate the economy should we sink into a recession.

The efforts of the Federal Reserve, the executive branch and the legislature often fail to prevent recessions. The average consumer simply has no control over this inherently cyclical occurrence. However, like most things in life, what matters is how well we prepare for potential risk and how we react once it’s upon us.

The following are a few recession-friendly asset classes where investors may be able to weather the storm:

• High-quality bonds, such as U.S. Treasurys, have historically been the bestperforming assets during a recession, as they are a safe haven with higher returns than cash. Within the high-quality sector, look to longer durations, such as 10-year maturities.

• In terms of industries, consumer staples have traditionally weathered recessions better than other market sectors. That’s because staple goods, such as food and personal items, are products a household will continue spending money on even when times are tough. On the other hand,electronic devices and other higher-end purchases are discretionary expenses consumers are more likely to eschew.

“Recessions are a fact of life. Along with periods of growth, the cycles of economics include periods of decline, which generally cause the
most concern for investors, but luckily there are strategies available to limit portfolio losses and even log some gains during a recession.”

Investors approaching the end of their careers may ask if they should retire during a recession. This is a question that should be addressed in consultation with a financial advisor, and depends wholly on one’s individual circumstances.

It may be advisable to transition out of risky assets into more fixed-income safe havens, such as U.S. Treasury bonds and income annuities. However, be aware some conservative financial vehicles may be impacted by a cut in interest rates.

On the other hand, if a recession triggers a severe drop in your portfolio, it may be wise to delay retirement until your investments have time to recover. An investment portfolio is more likely to run out of money if it experiences a negative sequence of returns just before or early on in retirement. By continuing to work a few more years, retirees also can increase their level of income from Social Security benefits.

Economic ups and downs are cyclical. It’s the nature of how the business lifecycle and investment markets work. There are ways investors can protect their finances from potential damage and even position their portfolio to take advantage of periodic recessions. Speak with your advisor to learn more.