How to Make Charitable Giving Sustainable 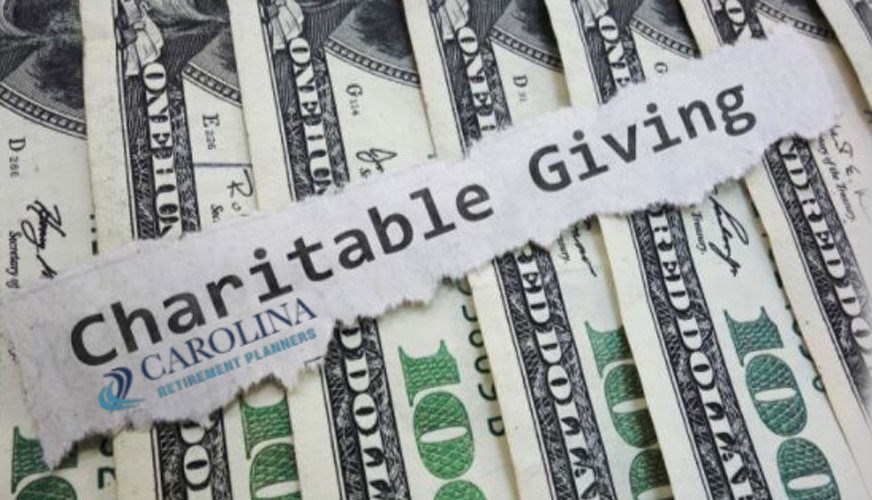 Charitable giving is one of the oldest traditions practiced by mankind. The ancient Greeks believed philanthropy was fundamental to democracy. Hindu scriptures asserted it was an imperative duty, and charity is considered a sacred foundation for the religions of Christianity, Judaism and Islam.

In more modern times, charitable giving has been incentivized by the tax deductibility of donations. However, the 2017 Tax Cuts and Jobs Act (TCJA), which went into effect Jan. 1, 2018, brought an increase in the standard deduction. That means fewer taxpayers are claiming itemized deductions — including charitable deductions.

Given that tax deductibility is a tremendous incentive for giving in the U.S., no one expects donations to match previous levels. And yet, there are other ways to take advantage of tax savings via solutions specifically designed for charitable giving. Many are structured to ensure philanthropic objectives continue to be met throughout retirement and even as a legacy after death.

The key to choosing the right vehicle for your charitable giving plan is to establish your philanthropic goals. For some people, that may be how to gain the greatest tax advantage. It is important to work with experienced advisors — with expertise in investments, tax law, philanthropic planning and estate planning — to help develop a strategy. Your plan should address both charitable giving goals and maximizing your financial situation, which may include integrating your tax and estate plan with investment growth opportunities. Consider the following questions to help establish your goals:

What charity(ies) do you want to help, and to what extent?

• How much income do you need to maintain your current lifestyle? • How much can you realistically gift each year beyond your own spending needs and saving goals?
• How much money would you like to leave to family members and other non-charity heirs?
• Are you interested in establishing a charitable giving legacy for yourself and/or your surviving heirs?
• What financial vehicles are best suited to meet your short- and long-term goals?

The following is an overview of various ways investors can create a strategic plan for charitable giving.

If you own highly appreciated stock, you can donate it to a charity and benefit from a tax deduction equal to the fair market value of the securities. In other words, there is no out-of-pocket cost in terms of household income or tax liability. If you had held the stock for more than one year, you may be eligible for a deduction up to 30 percent of your adjusted gross income — and you may carry forward higher amounts for up to five years.

If you’d like to gift assets from a 401(k) or other employer-sponsored retirement plan, you will first need to take a distribution and pay taxes on that income during that year. Then you can donate the cash to a charity — but you won’t be able to deduct the gift unless you are eligible to itemize. The only way to avoid the tax burden associated with your gift is to name a charity as the beneficiary of your retirement account after you pass away as part of your estate plan. When structured properly, this charitable donation can minimize taxes paid by your estate and heirs.

However, if you donate money from a traditional IRA, there is another way. Donors age 70½ and older may make a qualified charitable distribution of up to $100,000 from their IRA directly to a charity and avoid taxes on the distribution. If you’d like to name a charity as the IRA beneficiary upon your death, the charity will receive the full amount of the IRA because it does not pay income taxes. While your estate must report the value of those assets, it will receive a tax deduction for the contribution that may help offset estate taxes.

You may transfer a life insurance policy to a charity during your lifetime, and the benefit will get distributed to the charity upon your death. A transfer of an existing contract may generate a charitable income tax deduction. The charity will not owe taxes on any benefit paid out upon your death.

Another option is to purchase a new policy to leverage the premium for a higher charitable donation. For example, a 50-year-old male may be able to purchase a single premium life insurance policy for $100,000 that pays a $400,000 income tax free death benefit to a named charity.

A donor-advised fund (DAF) is sponsored by a charitable organization. To get started, you make an irrevocable contribution of cash or marketable securities and receive an immediate tax deduction (assuming you are eligible to itemize deductions). As a donor, you may recommend where the proceeds are granted based on your own charitable goals.

A charitable remainder trust (CRT) is a way to make a large donation to a charity that will then produce income to help supplement your retirement nest egg. First, you donate an asset to a charitable trust, part of whose value you may claim as a tax deduction in the year it was contributed. The asset is then sold by the trust, and its proceeds are reinvested in an income-producing portfolio. This portfolio pays you either an annual fixed percentage of the value of the assets in the trust (charitable remainder unitrust, or CRUT) or a fixed dollar amount (charitable remainder annuity trust, or CRAT). Upon your death, the designated charitable organization will receive the remainder of the assets in the trust. A CRT is a viable option for an investor who wants to create a philanthropic legacy but still receive income from the gifted assets throughout his or her lifetime.

A charitable lead trust (CLT) splits out the income stream and remainder interest just like a CRT, only the income stream — payable for a lifetime or for a fixed period of years — is paid out to the charity. The remaining proceeds are distributed to your non-charity beneficiaries. A CLT is sometimes used as a gift or estate tax reduction technique.

“Wealth is not new. Neither is charity. But the idea of using private wealth imaginatively, constructively and systematically to attack the fundamental problems of mankind is new.” – John Gardner

Given the long-standing practice of claiming charitable donations as a tax deduction, it may be a difficult decision to cease gifts because you no longer qualify to itemize deductions. Some tax experts have suggested donors skip one or more years and “bunch” charitable donations into one year so they are eligible to claim a tax deduction every few years.11 For the 2019 tax year, the standard deduction amount is $12,200 for individuals and $24,400 for joint filers, which will be adjusted annually for inflation.

Be aware, however, that you may have tax-advantaged options other than an outright gift. It is a matter of working with a team of knowledgeable experts to align your charitable goals with the appropriate vehicle. Be sure to develop a strategy that does not impact your current income stream so you may continue to live comfortably while giving responsibly.