Retirement Reform: Will the Proposed Changes Affect You? 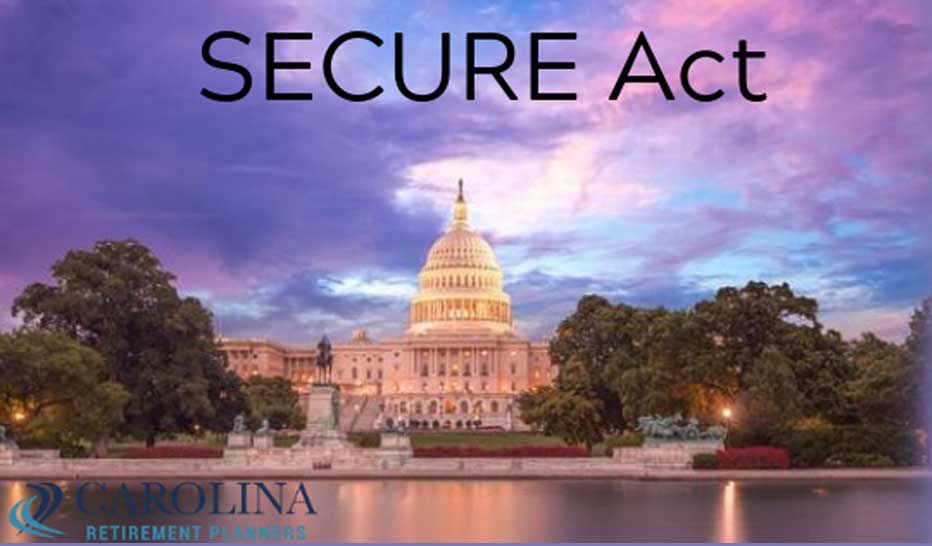 In May, the House of Representatives passed the Setting Every Community
Up for Retirement Enhancement Act of 2019 (SECURE Act) with a remarkable bipartisan majority (417-3). One of the primary goals of the SECURE Act is to help current retirement plan owners maximize their savings efforts for long-term retirement income.

Some of the features of the SECURE Act include:

The SECURE Act is now in the Senate, where it will be considered. However,another retirement bill is working its way through the Senate that does not include provisions for part-time workers or increase the age for RMDs. The Senate’s Retirement Enhancement and Savings Act of 2019 (RESA) includes the following provisions:

While the two bills are considerably different and the Senate bill is still in the committee review stage, legislators on both sides of the aisle support retirement savings reforms. They could enact a new law by the end of the year.

“The legislation closes loopholes and makes it easier for small-business employees, home care workers and long-term part-time workers to save for retirement.”
– Rep. Richard Neal, D-Massachusetts
Chairman of the House Ways and Means Committee

Neither act has major provisions that will help Americans who simply can’t afford to save for retirement. However, for pre-retirees and retirees who are still working, the bills aim to help them stretch their current savings and improve their ongoing savings ability for the future.

One of the outcomes of today’s longer lifespans is that seniors are spending more years in the workforce, well beyond traditional retirement age. As of February, more than 20% of people age 65 and up were either working or looking for work — twice as many compared to 1985. It is worth noting, however, that the majority (53%) of these older workers have a college degree and earn an average income of $78,000. In other words, for well educated seniors who are in good health and make a good salary, it just makes sense to continue working — particularly if they need or want to beef up their nest egg.

This is a scenario in which the SECURE Act can be of great benefit. That’s because, unlike a Roth IRA, the traditional tax-deferred IRA does not allow contributions past age 70 ½. The new legislation would eliminate any age cap, so mature workers who continue to earn income may continue making traditional IRA contributions up to the annual limit.

Another advantage for older workers is a provision that delays the age at which tax-deferred retirement account owners have to begin taking required minimum distributions (RMDs). The SECURE Act would extend this requirement from the current age of 70 ½ to 72. The Senate-proposed RESA Act offers a transition schedule to push RMD requirements even further, to age 75.

One caveat with this legislation is that it tends to favor those with significant tax-deferred savings by enabling the account to compound longer. To help account holders who hold smaller account balances, one recommendation would change RMD rules to exempt accounts with a balance of less than $100,000 from RMD requirements altogether.

Over the last decade, annuities have largely shed their reputation as a misunderstood retirement strategy, but they still have a way to go. A survey conducted by Tilney investment managers revealed just how much of an enigma the annuity remains today. In response to a question of whether they would buy an annuity with their retirement pension fund, only one in 10 respondents said yes. However, when the same folks were asked whether they would prefer a guaranteed level of lifetime income in retirement or income that varies each year, eight in 10 people responded that they would choose the guarantee.

The SECURE Act includes an update to the safe harbor rule for plan sponsors that would enhance their ability to offer an annuity option inside a 401(k) plan. The provision would help ease the liability many plan sponsors assume in selecting annuity providers, potentially enabling more annuities to be offered in retirement plans, and help participants better understand the value they offer.

If passed, the provisions in one or a combined version of these bills would account for the first major legislation related to retirement savings accounts since the Pension Protection Act in 2006.

However, while the new legislation is a positive step toward addressing retirement income challenges in the U.S., it falls short of some of the real issues that retirees face today. Those include Social Security funding issues, rising health care and prescription drug costs, constraints on the Medicare program and the fact that approximately one-third of American adults are not saving enough for retirement.

Please seek the advice of a financial professional for strategies to help increase your savings opportunities and learn how to take advantage of tax and potential legislative changes to help maximize your retirement income.