What Could Trariffs Mean For The Economy - And Your Investments? 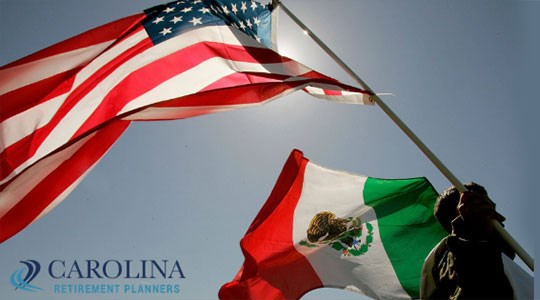 On May 30, President Trump threatened new tariffs on all goods imported from Mexico. Effective June 10, the U.S. would levy a 5% tariff, increasing the rate by an additional 5% each month until reaching a permanent rate of 25% by October. The president stated that tariffs would only be lifted “if the illegal migration crisis is alleviated through effective actions taken by Mexico.”

On June 7, after several days of negotiating with Mexican officials andjust three days before the tariffs were set to go into effect, PresidentTrump announced the tariffs would be “indefinitely suspended.”

These announcements came in the middle of the trade war with China, which has been brewing since mid-2018. The U.S. and China have yet to reach an agreement, with each side increasing tariffs on the other in mid-May. On June 10, President Trump threatened to impose tariffs on an additional $300 billion in goods from China if the country’s president, Xi Jinping, does not meet with him as scheduled during the G20 Summit in Japan on June 28 – 29.

A tariff is a tax levied on foreign imports. The tax is paid for by theimporters, not by the country exporting the goods. Importers mustdecide whether they will absorb the cost of the tariffs or shift the costto the final consumer.

By The Numbers: U.S. Trade With Mexico And China

When it comes to the things we buy, China is the largest supplier of goods imports, followed by Mexico. The two countries combined imported $886 billion in goods in 2018.

The announcement of tariffs on Mexico could have implications thatreach further than paying more for your margaritas and guacamole.The U.S. paid $346.5 billion for imported goods from Mexico in 2018.Most of the costs are ultimately passed on to American consumers.Adding a 5% tariff as previously proposed would have meantAmericans would pay an additional $17 billion on those same items. 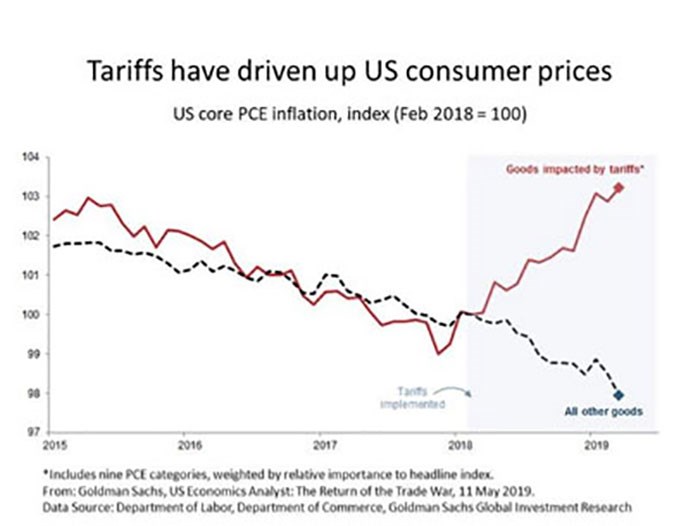 The U.S. has seen a spike in consumer prices in response to tariffs on China, which began in September 2018. On May 13, the U.S. imposed tariffs on an additional $200 billion in Chinese goods. The 140-page list of items potentially affected includes a variety of consumer products, everything from clothing and children’s toys to laptops and lawn mowers. So far, the tariffs do not include pharmaceuticals and rare earth materials.

The announcement of potential tariffs could also affect how we trade with Mexico in the future. The North American Free Trade Agreement (NAFTA) was established in 1994 by the U.S., Canada and Mexico. NAFTA progressively eliminated tariffs between the participating countries, ultimately removing virtually all tariffs by 2008.

In November 2018, the three countries reached consensus on a new act, the United States-Mexico-Canada Agreement (USMCA). USMCA was designed to create a more level playing field for U.S. workers, strengthen the agricultural industry across North America and address new issues related to technological advancements, including digital trade and anticorruption. Like NAFTA, USMCA also requires low tariffs on its participants.

While an agreement has been reached on the new act, a congressional vote must still be taken on adopting USMCA, and NAFTA remains in effect. If tariffs on Mexican goods were to go into effect in the future, it could jeopardize the USMCA deal, according to some Republican Congress members.

Markets responded to the uncertainty with both Mexico and China with volatility. The S&P 500 ended May down more than 6% from April highs, while the Dow ended down for the sixth week in a row on May 31.

The proposed tariffs have raised concerns about a potentialslowdown, not just in the U.S. but also globally. However, opinions aremixed about whether a recession is in the works. Despite the tradewar-related volatility in the markets, other news is generally positive.Unemployment in the U.S. remains low, and earnings reports wereoverwhelmingly strong.

With continuing negotiations between the U.S. and its trading partners, the economic implications remain to be seen. It is, however, safe to say that tariffs may be part of the economic climate for the foreseeable future.